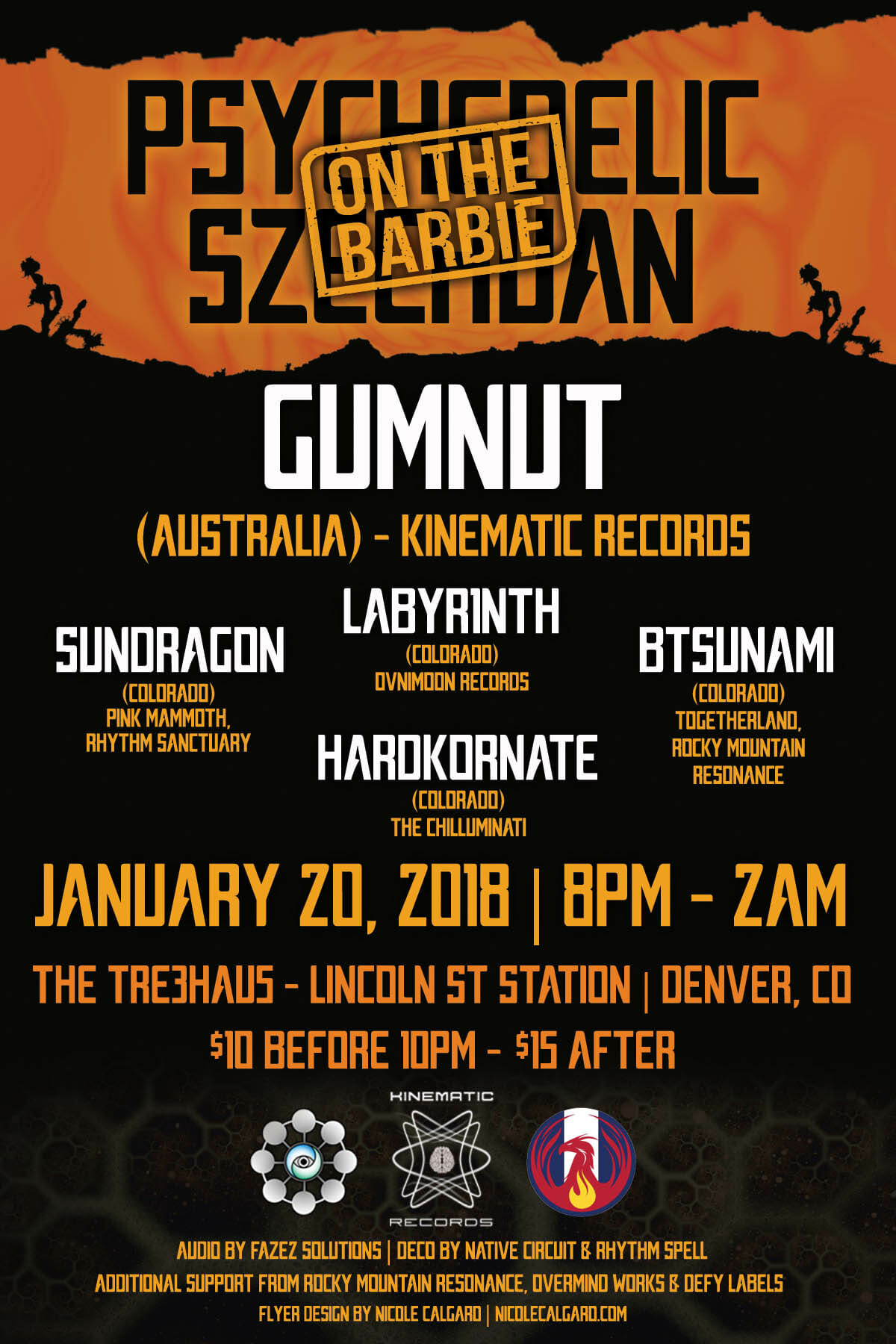 ~::PSYCHEDELIC SZECHUAN::~
On The Barbie

A new year means new menu choices, and as such, we have a tasty treat in store for the first Szechuan of 2018. With it comes not only a fresh roster of flavor, but an international guest chef hailing from the Land Down Under.
We are very pleased to be hosting GUMNUT (Australia) of Kinematic Records, to take control of January’s psychedelic kitchen, surrounded by a crew of fresh supporting sonic sous chefs creating aural appetizers leading into the main course.

::Gumnut is the sonic incarnation of Sydney producer, Jack Layard, who burst into the scene in 2016 with his debut release “Nuts and Bolts” on Kinematic Records. Jack brings years of experience as a bass player and guitarist to the table, frequently incorporating organic instrumentation infused with glitchy psychedelic sound design. Gumnut’s sound, influenced by a range of genres, including Jazz, Funk, Rock and Blues, is a unique fusion of melodic grooves and bouncy basslines, packed with a ton of live instrumentation.