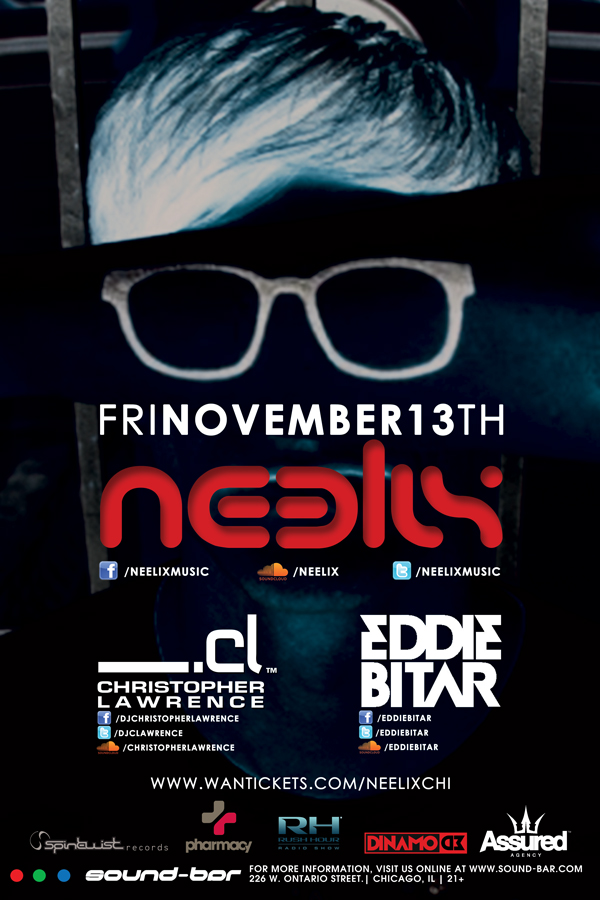 Hamburg based artist Henrik Twardzik, better known as Neelix started to produce music in the early 1998. After DJing for some years he finally decided to create his own sound.

His first track he recorded was “Neelix – The Fourth”, released on a NOVA TEKK compilation called Maverixx in 2002 which was followed by numerous releases on different labels from all around the globe.

Untill now Henrik has released 3 albums and many singles. The third album “Same thing but different” is already released on Millennium Records. Besides Henrik also belongs to the founders of the hamburg based label Glamour Studios.

Winner of “Best American DJ” at the IDMA’s, Christopher Lawrence is recognized as one of the world’s top DJs and producers. A dance music legend, he has been described as “One of America’s most influential DJs” by DJ Mag and “A trailblazer” by SPIN. With twenty years behind the decks, Christopher is one of the most credible names in dance music whose outspoken support of the underground has earned him the respect of industry and fans alike. Always pushing boundaries, Christopher’s tough techno trance and psy trance infused sets are a favorite on dance floors at the darkest downtown afterhours to the world’s biggest festivals.