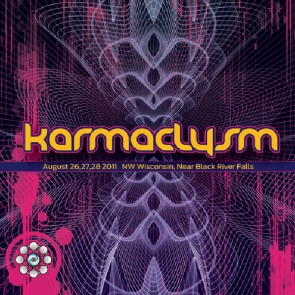 The Chilluminati Present, in our 6th year:

This is the second of two weekend-long camping festivals the Chilluminati will be creating in Northwest Wisconsin in 2011, brought to life with consciousness, harmony, mind-expanding music, and visuals. We create these events as Cosmic Condensates; our Music, Dance, Light, and Love form a sacred structure in Space and Time… a microcosmic celebration of the Infinite. We invite all to come dance, relax, and explore under the sun, moon, and stars for three days and two nights with indoor and outdoor stages in the beautiful, wooded, midwest summer.

WE PROVIDE: 2 stages of sound and light, 3 days of camping in a beautiful natural environment (rain or shine), running water, bathrooms and hot showers, full vending (including alcohol for those 21+)

Please respect the venue by keeping the grounds free of litter.

**This is a LEAVE NO TRACE EVENT**

Become part of the community. Help the planet, and help us. Pick up after yourself. Leave the site, and our reputation as a community, better than you found it.

H.U.V.A. Network is a musical collaboration between Magnus Birgersson of Solar Fields and Vincent Villius of Aes Dana. Their first track appeared on an Aes Dana album for Ultimae Records in 2001. Since then, they have released 3 albums on Ultimae Records. The artists only met a few times during the creation of the albums, most of the work was done via the internet. Magnus Birgersson is based out of Gothenburg, Sweden while Vincent Villius works from Lyon, France. H.U.V.A. stands for Humans Under Visual Atmospheres.

Aes Dana was born from the meeting of Vincent Villuis, former member of goa chill band Asura, and Sunbeam (aka Mahiane) who spins english progressive vinyls, Aes Dana stands as a coherent fusion of both styles.

They bring out deep sounds rooted in the psychedelic tradition, in a fluid down tempo morning trance. Both musicans tend to create evocative sound textures, opening as a traveling over their analogical dreams. Short tales made of samples and waves, energised by tribal beats. Soundtrack for the early party letting time for the moon and the tempo to set, or for afters to slow down the nocturnal excesses and celebrate the return of the Sun. Aes dana’s music is to be enjoyed between the veils.

Swedish based electronic music composer and graphic designer who as been involved in many projects since a teenager, playing drums, percussions, piano, guitar, for various bands before launching his own project Solar Fields in 2001 with the album “Reflective Frequencies”. Magnus always built a unique sound universe, poles apart from current trends in the genre, he explores the wide possibilities of electronic ambient; atmospheric, deep, ecstatic, industrial yet organic, cultivating contrasts and subtelty with brio.

As a “high tech” sound designer (sampling, sequencing, morphing, programming,…) and multi-instrumentalist, Magnus collaborated with several art galleries and museum, his latest sound installation at Trabekel (Sandviken, spring 2004) met a great success. In synchronisation to the work of pictural artist Antonio Sognasoldi, he presented four pieces which could be played simultaneously and evolve depending on the position of the visitor in the gallery.

In November 2005 were released [ Leaving Home ] and [ Extended ], the later being a limited edition. These two albums are receiving excellent comments from the media, opening new horizons for Magnus Birgersson and his true visionary work.

In 2007 he began composing a stunning in-game score for Mirror’s Edge, Electronic Arts (EA) and DICE, a new first-person action adventure game released worldwide on 14th November 2008. From the start praised to be “Poetry in motion” and one of the most exciting and innovative game, Mirror’s Edge also promises to be a sonic treat for all PC, PLAYSTATION®3 and Xbox360 addicts.
miKroNaught – AtmoWorks – Chicago, Illinois // LIVE

miKroNaught is the collective work of artists Vir Unis & MjDawn. Formed in 2007, and built upon their independent careers that span nearly two decades of work, MjDawn and Vir Unis deliver high energy electronic music that draws upon the various work of these established artists. Together they own and operate music label, AtmoWorks, which provides a global collection of listeners with intelligent, open minded, and eclectic music.

Synthesist, drummer, sound sculptor and electronic groove creator Vir Unis is a significant voice in the world of atmospheric / tribal / ambient music. With an emphasis on rhythm and pulse, underpinned by deep synthesizer textures, Vir Unis realizes music that moves between the organic intensity of ever evolving fractal grooves and the harmonic complexity of mist strewn sonic atmospheres.
Presently residing in the mid-west, Vir Unis (aka John Strate-Hootman) initially released The Drift Inside and Aeonian Glow on the Green House label. On his first two CDs Strate explores his passion for experimental sound sculpting while demostrating his talent for creating modern rhythms on the later. Vir Unis has also collaborated with Steve Roach on Body Electric and Blood Machine.

MjDawn is an artist devoted to his work bridging acoustic drums with the possibilities of the world of electronics. In the scope of contemporary popular music, as Matthew McDonough, he is most widely known for his membership in the hard rock bandMudvayne. Mudvayne has enjoyed international acclaim with three gold albums, an MTV award and a Grammy nomination. He is the drummer and contributing writer/co-producer of Mudvayne along with the bands other three members. His early electronic music efforts can be heard on several Mudvayne releases. He composed, recorded, mixed and mastered the electronic interludes on the album “L.D.50” and the mixed piece “L.D.50” on the album “The Beginning Of All Things To End.”

He makes music, builds synthesisers, and talks to people.

Phidelity, a.k.a. Kris Northern lays down Portland’s most twisted and bass-ridden hybrid live sets of psychedelic future funk breaks, and you would not be surprised to see a party of robots getting down on his dance floor. A master of the science of slicing and dicing, Phidelity’s tech funk is loaded up with tons of real-time effects, creating an experience that uses the science of sound creation. Hailing from Portland and representing Native State Records, his dub-laced sticky bass is overlaid with plenty of clean green grit and the moving goodness of his world is imposed on all who listen and dance- robots included.

Primordial Ooze is the unstoppable juggernaut duo of Scott Collins and Igor Vazhenin. Pants dropping basslines, combined with sounds originating from the creation of mankind gives the listener an experience unlike any they’ve had before.

Dixon is one part concert violinist, one part digital effects master, and one part shaman. He blends his classical training with soulful improvisation skills and the command of a wide range of digital technology to create a captivating one-man show unlike anything you’ve experienced. Dixon’s mesmerizing sound and passionate energy will enchant, transform, and inspire you.

Leo Burkatov aka DJ LeoHawk was born in Kazakstan, Almaty in 1982 and moved to San Francisco in 1992, He has been djing since 1998. Starting out with Melodic and Hard Trance on Vinyl and now playing the most “Full Power” Psy he can find since a Goa Gil experience on October 5th, 2000. A fine mixture of light and dark music, with defined kicks and rumbling base lines is what you can expect every time without fail. Mixing in tracks all the time without stopping is not easy and this is why he dances and sweats through every performance while delivering perfect mixes with epic punctuation!
LeoHawk has performed at various outdoor and indoor, musical and arts festivals all around the United States As of Jan. 2011 LeoHawk became a Label DJ under Mighty Quinn Records. LeoHawk spends most of his time organizing psychedelic gatherings such as Alchemy Festival, Goa Gil, How Weird Street Fair the Resonance Gatherings and many more…, DJing and producing music in and around San Francisco, CA, USA which can be felt in pure healing light vibration all around our humble little planet.

Nick Synergy hails from the southern midwest. After some experience as a mainstream DJ, he caught the techno bug in 1992, ironically from the radio. The newfound rave culture also fascinated him, and thus he became increasingly absorbed by DJing and electronic music. He began beatmatching in 1995 and has been immersed in many facets of underground dance culture ever since.

He’s a bit of an idealist, but something of a realist. He has a benevolent nature and brings a solid work ethic to creating and promoting events. Gravitating toward the funky, groovy, and progressive sides of electronic music, the dynamic vibe this man carries is best demonstrated by the music he plays.

//((~*GROWTH WORKSHOPS~*))
Organized by KORU- get involved at theChilluminati Forum
plus…

// Fire and dance performances
// Close encounters of the first, second, and third kinds
// Mindblowing UV deco installations both on stage… and off…
// Growth workshops; commune with your fellow psy-goers and learn something in the process!
// Interstellar space travel
// Much, much, more!

-Psychedelic trance, chill and ambient are the music that we play.
-Music in itself is a transformative and psychedelic agent.
-Our events are more than music. They are multidimensional, multifaceted trance, visual, art and kinetic performance events. They are experiences.
-Our events are about transformation and becoming. You bring your own sense of spirituality.
-At our events everyone takes responsibility for the gathering, others and themselves.
-Our events have an atmosphere and a vibe. The gathering is a field of energy that connects us. The gathering is a living being.
-Our events are about expressing yourself, being creative, being an individual.
-Our events are inclusive and open.
-Our events are both local and planetary; cultural diverse, reflective of the American Midwest, yet global.
-We respect local laws and customs.
Our gathering is a gift which we all (organizers, artists, musicians and attendees) give to each other.
This is not about money, commercialization and exploitation. This is not a product. We are a community.